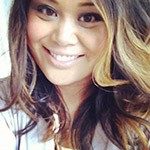 Shawn and I have worked on and on for more than a decade. And through that decade, I opened two restaurants in New York City, given two stars by The NY Times, featured in an international documentary, wrote a critically acclaimed best selling cookbook, left a relationship that was not working and now I’m well on my way to becoming POTUS! Well, that last part isn’t in my sights but knowing Shawn, if it were, he’d help me get there. Now, my dreams have always been my own, and he helped me prioritize what was important, encouraged me and helped me get to my dreams with integrity and character. Now, in my second act of this three act play, I’m working with him to find out what I want to commit to as my next projects. I can’t wait to see what’s next.